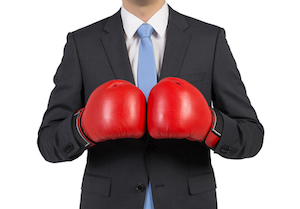 Our Firm’s most popular area and the one which we boast the most skill and expertise is the are of New York Fraud Law. We have seen the worst of the worst between one litigant seeking to malevolently take advantage of another, perhaps less sophisticated party, which can ultimately lead to financial ruin for the victim. As we state throughout this site, the fraudster can be a family member, friend or confidant and the fraud is shocking. We started our advocacy in this area of law decades ago, and unfortunately we are busier than ever now.

In general, New York Fraud law is governed not only by the common law causes of action of fraudulent inducement and fraudulent concealment among others, but also by the New York Statute, the 'Deceptive Practices Act'. Our New York City fraud lawyers devote much of our practice to prosecuting businesses for violating this statute. The burden of proof for a plaintiff under this statute is less than that of proving a case under common law fraud. For example, there is no requirement, as there is with a fraud claim, to prove reliance on a misrepresentation. Importantly, a winning plaintiff can ask the Court for attorney's fees. As seen from the case history, deception can come from many different places, and from many different actors. From small transactions to large, a deceptive business practice can inflict significant money and credit damage to hosts of consumers and businesses who are victims.

Fraud can be generally thought of as a misrepresentation; a lie. At least in terms of the statute’s proof, in addition to no requirement of reliance, intent to defraud is not required. There is also a tort known as “negligent misrepresentation.” a/k/a non-intentional fraud. So, if alleged properly, a consumer litigant does not necessarily have to prove that the bad actor intentionally lied to the person to bilk them out of money.

District Attorneys can also prosecute “criminal fraud”: conduct which is even more egregious than civil fraud. Our New York City fraud attorneys concentrate on prosecuting cases in civil fraud in the hopes to recover money, and not jail time, for the bad guy.

Punitive damages are an opportunity in fraud cases. They are awarded by the Court or jury at trial or on motion, to punish and deter the wrongdoer from conducting such egregious fraud. But only proven serious frauds will support a finding of punitive damages.

At the outset of every litigation, the plaintiff must first allege the legal elements for his/her cause of action and then he/she has to prove them to a judge or jury. The two most specific common law fraud causes of action are by inducement and by concealment. For fraud in the inducement, a plaintiff must plead a misrepresentation or a material omission of fact which was false and known to be false by defendant, made for the purpose of inducing the other party to rely upon it, justifiable reliance of the other party on the misrepresentation or material omission, and injury caused as a result of that reliance (see Orchid Constr. Corp. v. Gottbetter, 89 AD3d 708 (2d Dept. 2011); Northeast Steel Prods., Inc. v. John Little Designs, Inc., 80 AD3d 585 (2d Dept. 2011); Hense v. Baxter, 79 AD3d 814 (2d Dept. 2010). A fraud lawyer at our New York City firm can advise you on whether this claim is appropriate.

Fraudulent concealment can arise when one party deliberately hides information that is critical to the other’s decision to invest or not to invest. In addition to the traditional in elements of fraud i.e. intent to defraud and reasonable reliance, a plaintiff must also demonstrate that the defendant had a special, or trust relationship with the plaintiff that imposed upon the defendant a duty to disclose that material, yet secreted, information. Albion Alliance Mezzanine Fund, L.P. v. State Street Bank and Trust Co., 8 Misc. 3d 264, 269 (Sup. Ct., NY Co. 2003), aff’d 2 AD3d 162 (1st Dep’t 2003).

Contact Us
Practice Areas
Search
Client Reviews
★★★★★
I highly recommend this law firm. Attorneys Unger and Benjamin battled a real estate scammer who defrauded me out of substantial money. They were able to get a good result for me after the defendants put up numerous obstacles and delays over 18 months. And they were honest with me regarding their upfront and contingency fees. Definitely hire this firm if you are a victim of fraud or breach of contract. Rebekah W.
★★★★★
Over the years I have had dealings with many of attorneys and I can honestly say that Mr. Benjamin is the best lawyer I have ever worked with. He's conscientious, and takes care of your case as if his own interests were at stake. He's professional, always answered my calls and takes the time to discuss the best course to take. Everything was done timely and efficiently. I couldn't be happier with the result. I wish they were all like him. The best decision I made was to use him for all my legal needs. Nancy O.
★★★★★
Attorney Benjamin is an excellent attorney. He battled a finance company for me for nine years, defeating multiple motions that were thrown at him over the years. He is an honest, compassionate and trustworthy attorney, and was an aggressive advocate for me for a long time. After so many years, he finally got a great result in August, 2015 after defeating still another motion by the lender. I highly recommend Attorney Benjamin. Daniel O.
★★★★★
We hired this Firm on July 20, 2018 to sue a company for fraud. While the case took longer than we wanted, the lawyers battled for 1 year with this nationwide real estate company to expose the scam they inflicted on us. In order to get to settlement, our lawyer Jeffrey Benjamin cut the Firm's fee in order that we could put more money in our pocket and settle. The lawyers here are honest and bent over backwards to make us happy and settle, and not drag out the case for years. We are so happy we went with this Firm. Thank you. K.J.
View More
Submit a Law Firm Client Review