COVID-19 Update: How We Are Serving and Protecting Our Clients
Don't be a Victim. Pursue and Defend Your Rights. Request an Initial Phone Consultation
Home
Attorney Profiles
Jeffrey Benjamin 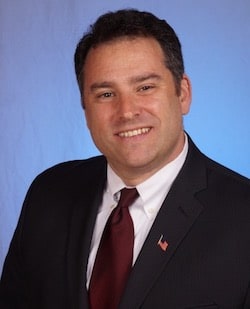 Attorney Jeffrey Benjamin is enjoying his third decade of practicing law. In 1997, he started practicing law in the field of consumer protection and class actions. Out of the starting gate, he was trying cases, arguing substantial motions and appeals, and building a practice under the motto: “Doing Well, by Doing Good.”

Today, he continues to develop skill and expertise in trial and appellate advocacy. Adversary counsel against him come from some of the largest and most resourceful firms in New York City down to competent and capable sole practitioners. From the beginning of his practice, Mr. Benjamin has felt that a no fear mentality is essential in a career in litigation practice in New York City and beyond. Clients want a lawyer who will know their case, and aggressively fight for their interest whether prosecuting as a plaintiff, or defending a defendant.

Lawyer Jeffrey Benjamin also believes that communication is everything with his Clients. He feels that a lawsuit is a partnership between a lawyer and client. Only clear and regular communication gives the best chance of success. Mr. Benjamin’s clients enjoy regular and prompt communication him, within the boundaries of a busy litigation schedule.

And communication with clients in mandatory, whether there is good news, bad news or no news. Any client of Mr. Benjamin can expect an honest and no-nonsense appraisal of the case before, during and after the litigation. They are these traits that keep clients coming back to the firm with multiple matters, and with referrals from other clients.

Mr. Benjamin’s experience spans a wide range of cases, varying in nature and complexity. Over the years, he has been selective in choosing cases in his areas of specialty in consumer and commercial litigation. Cases of personal injury, real estate transactional or criminal he refers to his partner lawyers. Mr. Benjamin considers the greatest compliment when he has received a client referral from an adversary counsel, or a Judge. At times, there have even been adversary parties that have asked him later to represent them once the litigation against that party was complete. He feels the best referral is from someone who has actually seen him work.

One of Mr. Benjamin’s main practice areas are cases of Fraud or Deceptive Practices by people or businesses. This area of practice is not for the faint of heart. Oftentimes, this area of practice involves sitting across the table from someone and accuse them of lying. It takes a special resolve to maintain a career that involves this regular and heavy confrontation.

Mr. Benjamin has enjoyed numerous successes over the years. Successes come in many forms in litigation. Early settlements are one, winning on motions or appeals are others. But the most satisfying is winning a case after a jury or bench trial. After weeks or months of preparation, a winning verdict is a crowning achievement for any lawyer.

Mr. Benjamin practices primarily throughout New York in both state and federal courts. His main areas are New York City, its collar counties and Long Island’s Nassau and Suffolk Counties. He is also licensed in New Jersey.

Jeffrey is a member of various Bar Associations in and around the City of New York, and has spoken on legal issues in the areas of his expertise. He is admitted to practice law before the courts in the State of New York and New Jersey, as well as the Federal Courts there.

If you feel you have a substantial case, put the power of decades of litigation experience behind you. Call for a phone consultation at (212) 835-1532.

Contact Us
Practice Areas
Search
Client Reviews
★★★★★
I highly recommend this law firm. Attorneys Unger and Benjamin battled a real estate scammer who defrauded me out of substantial money. They were able to get a good result for me after the defendants put up numerous obstacles and delays over 18 months. And they were honest with me regarding their upfront and contingency fees. Definitely hire this firm if you are a victim of fraud or breach of contract. Rebekah W.
★★★★★
Over the years I have had dealings with many of attorneys and I can honestly say that Mr. Benjamin is the best lawyer I have ever worked with. He's conscientious, and takes care of your case as if his own interests were at stake. He's professional, always answered my calls and takes the time to discuss the best course to take. Everything was done timely and efficiently. I couldn't be happier with the result. I wish they were all like him. The best decision I made was to use him for all my legal needs. Nancy O.
★★★★★
Attorney Benjamin is an excellent attorney. He battled a finance company for me for nine years, defeating multiple motions that were thrown at him over the years. He is an honest, compassionate and trustworthy attorney, and was an aggressive advocate for me for a long time. After so many years, he finally got a great result in August, 2015 after defeating still another motion by the lender. I highly recommend Attorney Benjamin. Daniel O.
★★★★★
We hired this Firm on July 20, 2018 to sue a company for fraud. While the case took longer than we wanted, the lawyers battled for 1 year with this nationwide real estate company to expose the scam they inflicted on us. In order to get to settlement, our lawyer Jeffrey Benjamin cut the Firm's fee in order that we could put more money in our pocket and settle. The lawyers here are honest and bent over backwards to make us happy and settle, and not drag out the case for years. We are so happy we went with this Firm. Thank you. K.J.
View More
Submit a Law Firm Client Review